The journal is moving to Brill, starting in January 2020.

The journal is being sponsored by the Deutsche Forschungsgemeinschaft (DFG), the German Research Council.

Recovery of Traditional Technologies: A Comparative Study of Past and Present Fermentation and Associated distillation Technologies in Eurasia and their Roots 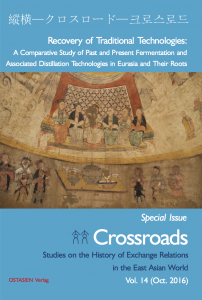 The Huihui yaofang 回回藥方: An Encyclopedia of Arabic Hospital Medicine from Mongol China

„The East Asian ‚Mediterranean‘, c. 1500-1800:A New Quality in the Development of its Neighbouring Countries

Research project has been sponsored by the VW-Foundation, May 2002 – July 2009(see also under „projects“)

Equine Medicine and Surgery – A Chinese Manuscript from 1824 (Daoguang 4) 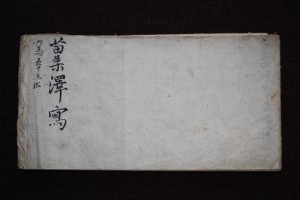 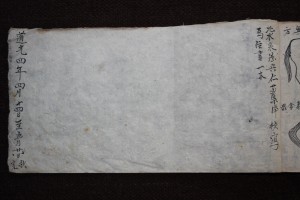 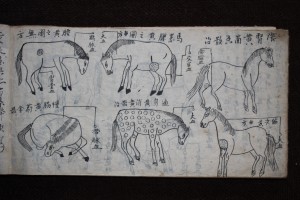 China’s Administration of Maritime Trade: From the Maritime Trade Office (shibo si) to the Customs House (haiguan). [This monograph is designed as a handbook for China’s maritime trade administration during the Ming and Qing Dynasties, including extensive lists of persons in office]

END_OF_DOCUMENT_TOKEN_TO_BE_REPLACED

International conference organized by the Department of Languages and Cultures of South and East Asia, Sinology

This research focus investigates on the variety of interactions, communication and exchange relations in the macro-region of Eurasia, East Asia, the Asia-Pacific and Indian Ocean Worlds across both land and sea routes. Major emphasis will be placed on the transfer of science and technologies, commodity and product exchange, trade, cultural aspects in their widest interpretation, religions, as well as migration and the organisation and functioning of networks.

We will analyse continental and maritime exchange and transfer of knowledge, ideas, products and people, including forms of migration. To this end, we will particularly investigate forms of interaction that have been important in both the past and the present, such as military (including geographical knowledge as portrayed in maps; weapons, horses, or provisions); medical knowledge and medicinal products, including diseases; aspects of culture (such as food, music) and religion (such as Buddhism, Christianity, and Islam); and historical naval enterprises and maritime commerce.

A milestone of our research lies in the parallel comparative analysis of both archaeological and textual evidence and a cross-cultural inter-disciplinary approach. The use of a wide range of sources from archaeological findings to texts, documents, and pictorial material, to linguistic evidence, will be a hallmark of the approach.

END_OF_DOCUMENT_TOKEN_TO_BE_REPLACED

Tribute, Trade, and Smuggling – Commercial and Scientific Interaction in the Middle Period and Early Modern World

The East Asian ‚Mediterranean‘, c. 1500-1800:
A New Quality in the Development of its Neighbouring Countries

Research project has been sponsored by the VW-Foundation, May 2002 – July 2009 END_OF_DOCUMENT_TOKEN_TO_BE_REPLACED

In an era where Chinese naval presence in Asian Seas is increasingly discussed and even disputed, it seems important to reconsider and review our knowledge on China’s seafaring tradition. With focus paid to the practical know-how that was available to the craftsmen, seamen and merchants during the xvith-xviiith centuries, as well as the special emphasis on sailing and trading knowledge, this current project proposes a new approach for analysing Chinese maritime history. END_OF_DOCUMENT_TOKEN_TO_BE_REPLACED

Recovery of Traditional Technologies I: A Comparative Study of Past and Present Fermentation and Associated Distillation Technologies in Eurasia and Their Roots

The aim of this project is to research traditional food processing techniques and technologies in Mongolia, Taiwan, Turkey, Japan, Korea and Mexico. This will include as an area of particular emphasis the production of fermented and distilled beverages. END_OF_DOCUMENT_TOKEN_TO_BE_REPLACED

Frontiers of History in China

This is an English journal called „Frontiers of History in China: Selected Publications from Chinese Universities“, which is co-published by the Springer Company in Germany and the Higher Education Press in China. We select high quality articles from Chinese universities written in Chinese and translate them into English in order to make them acessible to a wider readership worldwide. 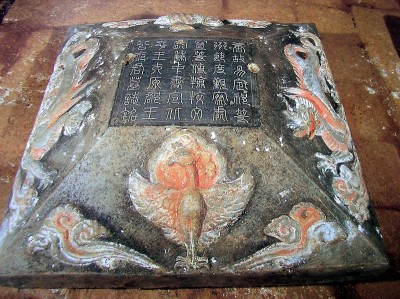 There are many explanations for the emergence and the causes of writing tomb inscriptions (muzhiming).One comes from the Ming period scholar Xu Shiceng 徐師曾(Jinshi 1553; c. 1530-1594). He explains muzhiming as follows (German translation):

END_OF_DOCUMENT_TOKEN_TO_BE_REPLACED

The journal is moving to Brill, starting in January 2020.